Marcello Villa was born in Monza in 1965. He lives and works in Cremona. He began studying the violin when he was twelve and later enrolled in the International School of Violin Making in Cremona.

He graduated in 1983 under the tutelage of masters Giorgio Scolari and Stefano Conia. He obtained the highest possible merit in his final year, a scholarship from the Walter Stauffer Foundation. His apprenticeship in the prestigious workshop of Conia allowed him the opportunity to experience the world of lutherie beyond the confines of the academic setting. He also began to participate in national and international violinmaking competitions, where he was recognised for his talents. 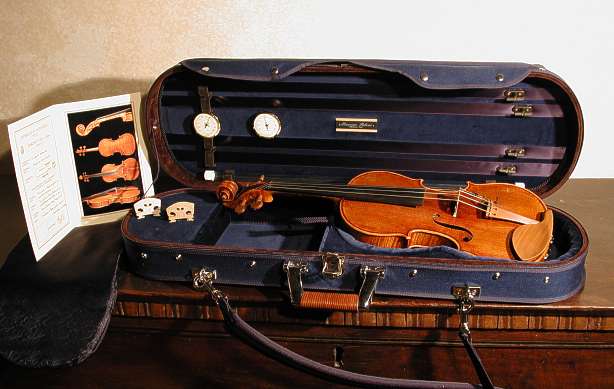 His instruments distinguish themselves for many reasons: quality of materials utilised, precision and personality of the workmanship, varnish quality and color, and fine acoustics.  Basing his work upon the classical line of violin-making, he builds his instruments applying his personality and taste in every small detail: the f-holes, the varnish, the cutting of the scroll.

His main interest, however, which began to emerge during the formative years of his career, is the reproduction of Stradivari inlaid instruments, which he believes to be the quintessence of artistic and technical perfection.

From 1983, the year in which he built his first inlaid violin, preserved in the Museum of the International School of Violin Making in Cremona, and until the present day, he has made copies of the Hellier, Ole Bull, Sunrise, Cipriani Potter, Rode, Greffhule violins and of the Spanish and Axelrod violas.
A decorated quartet by Marcello Villa inspired by the Axelrod Stradivari Quartet is part of the Cremona Civic Violin Making Collection, a donation by Evelyn and Herbert Axelrod.

His interests range from violin making to music. In 1999 he founded the recording label MV Cremona, committed to disseminating and promoting unpublished Italian music, and serves as its artistic director. He has published several studies on Cremonese composers of the 1600s and 1700s and has collaborated with specialised magazines including "Musica", "Archi Magazine" and “Liuteria, Musica, Cultura”. In 2005 he published a monograph on Marino Capicchioni, great master luthier of the 1900s for Edizioni Novecento. In 2011 he published an essay in the catalogue of “L’estetica sublime” on the occasion of that extraordinary exhibition in Cremona of several decorated masterpieces by Antonio Stradivari.

In 2012, an image of his hand as he was inlaying the scroll of a violin was featured on the cover of “Mestieri d’Arte & Design”, published by the Fondazione Cologni dei Mestieri d'Arte and the Swan Group.

In 2011 he was featured and co-authored the film “L’Eccellenza di Stradivari”, which documented the reconstruction of an inlaid violin as it would have looked if it had just been completed by Stradivari. The film was presented at the exhibition “L’estetica sublime” in Cremona in 2011. It was then shown at the “Stradivarius” exhibition at the Ashomolean Museum in Oxford in 2013. Today it is part of the multimedia displays at the Museo del Violino in Cremona in the "friends of Stradivari" hall.

In 2016 Marcello Villa was awarded the MAM prize (Masters of arts and crafts). That same year he was listed in the “golden book” of Italian “Masters” recognised as being “excellent” by the Fondazione Cologni in Milano. 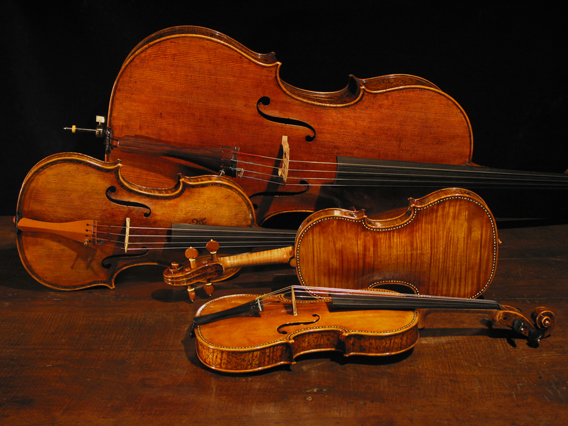